when summer leaves
you can choose to replay the film
over and over, dissecting it
to find hints that she was fading
because they were there but
you were too busy singing to see

when summer leaves
you go to the movies
eat tacos with your friends
go to sleep, and when you wake
you start back at day (1)
Posted by Dave at 9:55 AM 5 comments:

"What a Douglas Coupland-ish thing to blog about."

I was talking last week with Will about writers who use gimmicks we hate in anyone else's writing but love in theirs. The perfect example, and the one cited in the conversation, was Stephen King's metanarrative in the sixth and seventh books of the Dark Tower series. The author himself enters the story and plays a key role in it, forcing the heroes to rescue him in order to save themselves. In that moment, the story acknowledges that it is a written story, while at the same time insisting on its own reality. (Science fiction folks would default to discussions of "parallel universes" at this point.)

This kind of ploy is transparent and tacky--a pure Eggersism (my own term), which was playful and fun when Dave Eggers pulled it out ten years ago (ten years? jiminy) but has since been ridden into the ground by hipster authors seeking the ultimate in metanarrative nirvana. (And what is blogging, if not an excercise in capturing metanarrative in a belljar?)

Okay. So, today, on the train, I was reading the latest (i think) book by Douglas Coupland, one of my favorite writers. The thing I love about Coupland is that his stories are both common and extraordinary at the same time. He takes quirky, slightly neurotic, but otherwise boring characters, inserts these ridiculous events into their everyday existence, and then lets them react to them. In Douglas Coupland's universe, your 9-5 job at a cubicle farm is destined to be interrupted by a biker gang busting through the door, or a nearby plane crash, or a crazed sibling with one arm running around screaming about the end of the world until your boss hits him with a golf club. And then you get lunch.

SO I started reading "jPod" this week, and I have to say I'm a little...let down. I mean, it's Coupland at his Coupland-est--video game designer, works with 5 other individually-bizarre designers, has a pot-growing mom who beats up and occasionally kills her customers and a wannabe-movie-star slash ballroom-dancing-champion dad. Add Chinese human-traffickers/gangsters, a douche-tastic boss who goes "missing," and a bizarre love story thread, and you've got vintage Coupland.

But the question is: Has Coupland crossed over into self-parody?

The opening line of the book is, "Oh God, I feel like a refugee from a Douglas Coupland novel."

No, really. The characters riff on Coupland's style and characterization several different times throughout the book. At one point, they imply that "Friends" stole its essential idea from Coupland's "Generation X." In another section, they're stuck drinking Zima, and complain that it's a total Couplandism.

The real kicker is when Coupland himself enters the story, on a transcontinental flight with the protagonist, and has an awkward conversation that is capped by a brutally-critical typed note from the writer, declaring how totally jacked-up and self-destructive the protagonist is.

(These things are no less cliched than Stephen King's entrance into Midworld, or his blatant, winking Deus Ex Machina moments in his last DT book. But that was King. And Dark Tower was awesome.)

I freely admit that I'm only about halfway through "jPod" and this could all be intentional on the part of the author as a satire of the self-referential, self-indulgent hipster novels that have flooded the writing scene. But if I give him the benefit of the doubt in this regard, I have to ask: doesn't he sacrifice too much of himself, too much of his own style, in order to make this point? If he is in fact parodying the ridiculous nature of second and third generation metafiction authors, doesn't he offer up his own oeuvre on the sacrificial altar in order to make that point?

I don't know. But I have to say, at this point in the novel, it's starting to turn me off. This may be the first Coupland novel I've read that I just didn't like. And it's unfortunate. (I haven't even gotten into all the annoying diversions he includes--spam emails, random lists of words, whole pages of prime numbers.)

It just feels like he's trying too hard. And he's better than that.

Unrelated: I know, I've been putting off the England accounts. It just feels like that should be done in 3-4 long pieces instead of a lot of little ones, and with all the stuff I've gotten into lately, I haven't really been able to set aside time. However, i fear i'll start losing some of those memories before I pin them down, so I'll get to it soon, for my own benefit as much as for yours. Thank you for your patience.
Posted by Dave at 9:48 AM 11 comments: 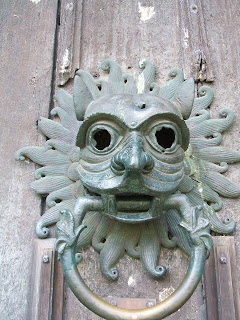 I'm back, and reasonably rested after yesterday's long travel day. I'll have much to say about the trip in the coming days and weeks. I'm going to try to type it all out, as much as I can remember, and I'll share it with you in words and pictures as soon as I can.

Right now, however, I need to go to the store and get groceries (as soon as my 500+ pictures finish loading onto the computer). Time to restart real life.
Posted by Dave at 12:10 PM 3 comments:

So, for anyone not aware...

I'm leaving in just over 24 hours for a ten-day mission trip to the UK. We're flying into Heathrow, spending a short time being tourists in London, then taking the rail up to a town called Darlington. There we'll be working with a local Baptist church, doing community outreach, one-on-one street evangelism, just being the hands and feet of Jesus where needed. It all finishes up with a barbeque dinner event next Saturday, and church the following Sunday. On Monday, we'll head west to Manchester, and fly out of Manchester on Tuesday.

When I get back, you can be sure I'll have stories and pictures.

Talk to you kids in a week and a half. Remember always, Jesus loves you.

As I'm leaving the country on Saturday (just over 48 hours--eek!), it's time to drop some crazy linkage on ya.
That's it. I'll post at least once more before the weekend. For reals, yo.
Posted by Dave at 1:22 PM 2 comments:

Posted by Dave at 10:50 AM No comments:
Newer Posts Older Posts Home
Subscribe to: Posts (Atom)